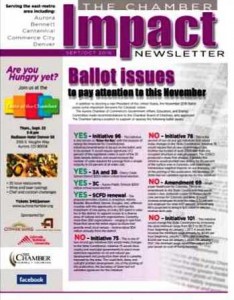 At the Sept. 1 meeting, the committee took a motion to oppose Initiative 143, now Amendment 72, which is $1.75 increase on tobacco tax.

The Chamber’s Government Affairs, Education, and Energy committee is sponsored by Pinnacol Assurance.